We are in a 10 part series called Hearing God, because this is the brand new year and one of the best things we can do in our lives is know how to hear the voice of God.

And so we’ve got 10 different episodes.

You can also watch some of the episodes each week on YouTube. Make sure to subscribe so you’ll be notified every single time one of the videos drops.

So in the first episode, we talked about hearing God through reading books and going to classes.

But this one we’re talking about, you can hear God Audibly.

You’re typically not gonna hear Him speak to you in an audible voice.

Now I have heard God speak to me once audibly and I thought I was crazy.

Let me tell you the story. And it’s kind of funny.

And so at the end of the fast I was at church and they were talking about tithing. And this was the first time that I was making a decision to tithe.

And so as I was writing on my tithe envelope, I heard God say, “This is your last Sunday”

I was thinking, “Is this my last Sunday on Earth? I’m about to go to heaven or hell? Where am I supposed to be going? What’s happening?”

But I realized that the voice I was hearing was saying this was my last Sunday in this particular church.

That time, what I did was I looked up and I looked around the room and nobody was talking to me.

Then I said, “Maybe it’s the pastor” And so I looked up at him and he was on a whole message. He was doing what he was doing. He was not talking about what I was hearing.

There’s this old movie called “My Blue Heaven” where he was like a fake prophet and somebody was feeding him lines in an earpiece behind the stage.

And so I was like, “Am I being punked? Is this like my blue heaven or whatever?”

But for whatever reason, I decided, “Okay, this voice was correct and I was gonna follow this voice”

Then I remember that Wednesday, I went to the Bible study and I was crying. I was so sad because I didn’t know why I was leaving this church or where I was supposed to go.

But I was asking God. And I felt He said, “Well, you should go to that church where that girl told you to go” Because somebody else had told me about this church, 15 minutes down the street.

And I was like, I’d never been there before. And she said she’s not going.

So I ended up going to this church and the first day I got there, I always sat up front cause I get distracted easily.

And I was in awe about how these kids were speaking in tongues and they were preaching.

It was a whole thing.

I was so amazed by what was happening at this church. And I joined immediately.

That’s when I just started having more experiences with God and all the things. But the only reason why I got there was because I had heard the voice of God audibly and that is a voice that I had never experienced before in my life.

I knew it was Him. After looking around and looking up front, I was like, “Thou art the Christ? I think I just heard God” And I was not used to that whatsoever.

The Bible says that, “And my sheep will know my voice” It was like I knew His voice even though I didn’t know Him. 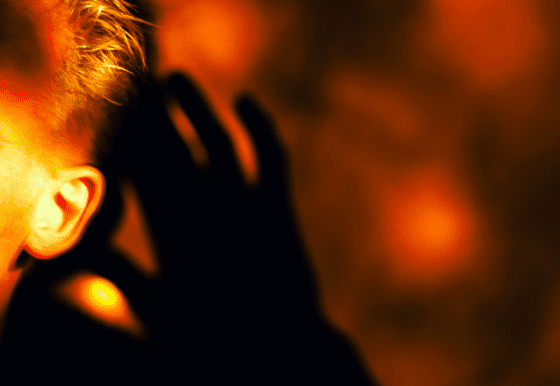 It’s like I am His, so I knew His voice even though I didn’t have a real relationship with Him.

And so my whole point in saying that is that sometimes a way that you can hear God is through His audible voice.

But I want to caution you that don’t bank on every single time you need an answer about something and that God is gonna speak to you audibly.

Most people never, or maybe once, maybe twice in their lifetime, hear from God in an audible voice. Okay?

So just note that as you read through this series, most of the things you hear are probably what you’re going to be more likely to experience than hearing the voice of God audibly.

So just don’t bank on that. All right?

These are super short articles, but that’s one of the ways that you can hear God.

Be sure to watch out for episodes 3-10 this coming week.

Finally, going on a journey with God can prove to me one of the most amazing experiences of your life, but it can also prove to be a little confusing. I want to walk alongside you and help you to not only fall more in love with Jesus than you are today, but truly discover all that lies within you.

The bible identifies 25 different spiritual gifts that are still in operation today, and it may be surprising to you, but one or some may also lie within YOU!

We have created this simple quiz that is designed to be a guide for you.

I’ll share this with you. Today, your results may say one thing, but in six months as you grow, it may reveal something else.

Take the quiz and be sure to share it with your friends.