Getting corrected in dreams is hilarious & convicting

I am so excited that today is Christmas. Christmas is my absolutely favorite holiday on the planet, and I’m so glad that I’ve been on vacation so I can enjoy it.

I’m not exactly sure why I chose this topic on this particular day. Well, it is what it is.

So I chose this topic called, “Getting Corrected in Dreams is Hilarious and Convicting”

We sleep a third of our lives, so there’s like 24 hours in a day. We’re supposed to sleep for eight hours a day, right? And so eight hours out of 24, that’s a third.

And so of course, if we’re gonna sleep for eight whole hours. That’s an opportunity for God to just invade our dreams and share something with us.

Now, it’s also important to know that what I have experienced with God is that a lot of times He speaks in hieroglyphics.

Meaning that, you have to get it interpreted. You have to learn how to interpret your dreams.

Anyway, God is always speaking in dreams and so if you are not taking it seriously, then I would strongly encourage you to start taking that seriously. 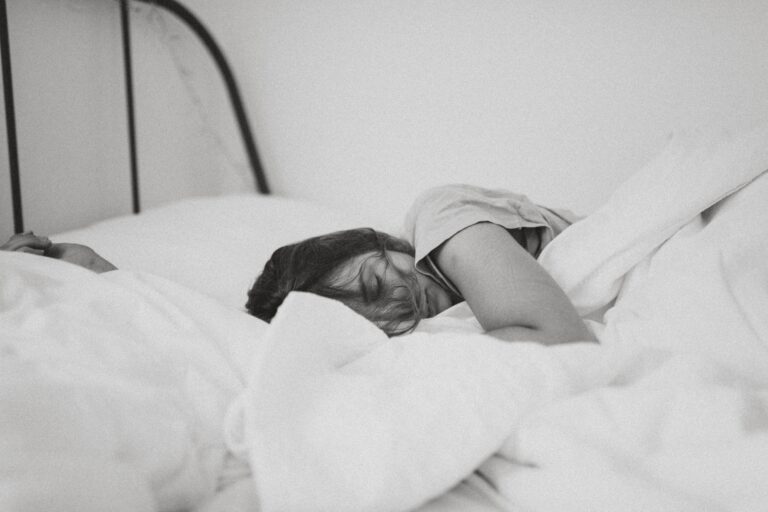 Well, I’m amazed by all the things He has shown me over the years.

So you know, that’s how I heard, how I knew that my ex-husband was being unfaithful.

Because I didn’t see anything. God told me.

I learned that it was multiple people because God told me.

And today I’m sharing about how God will convict us in our dreams if we are paying close attention.

Let me give you an example, so some years ago, there were some people that I knew. They were supportive of me and I can’t say that I was supporting them in a way that I probably could or should have.

And when I started going through the process of divorce. There were two people that when they knew I was going to divorce and I was crying like crazy, they called me and were praying and prophesying over me.

And it was maybe a couple weeks or a couple months later that I had a dream about them.

And He’s basically told me that, “You’re not very supportive of them. They have things that they do and you don’t support them. You don’t invest your money, your time, or anything for them”

And so when I woke up from that dream. I messaged them and said, “Hey, I had a dream last night. And God told me that I’m not very supportive of you guys. And so I’m really sorry that I have not been supportive of you, your business and all the things you’re doing over the years. Please let me know what’s a way that I can start to support you”

And they were very shocked and that’s exactly how they felt.

I got the dream and then I took action with it.

And one of the other things that has been happening lately is that He convicts me about dating apps.

And so I found myself getting antsy. That’s the best way to put it. Just antsy because it’s been eight years since I got divorced and I’ve been on a date only once.

Not from the lack of trying. I am putting myself out there. Everybody and anybody knows your girl is single. But God has been very clear about the dating apps.

So I remember when I was in Houston, I was on Bumble. Granted I wasn’t going on any dates, but I was trying to connect with people and all that.

I was having dreams at night, and one of the dreams that I had was there was this guy who I was interested in. We had started having a conversation on Bumble.

And I had a dream that night and I saw a guy in the dream who looked very similar to the guy that was on Bumble. And in the dream he just wasn’t paying me any attention.

And when I woke up I was trying to decipher what the dream was about. Because I had gone to some dream classes to learn how to interpret your dreams from a Bible stand.

And I realized that God was saying that this guy is not into me and that I’m into him.

He’s not really into me. And I never heard from him again.

God was telling me, “Hey, here’s what you think is happening and here’s actually what’s not happening” And that was that. 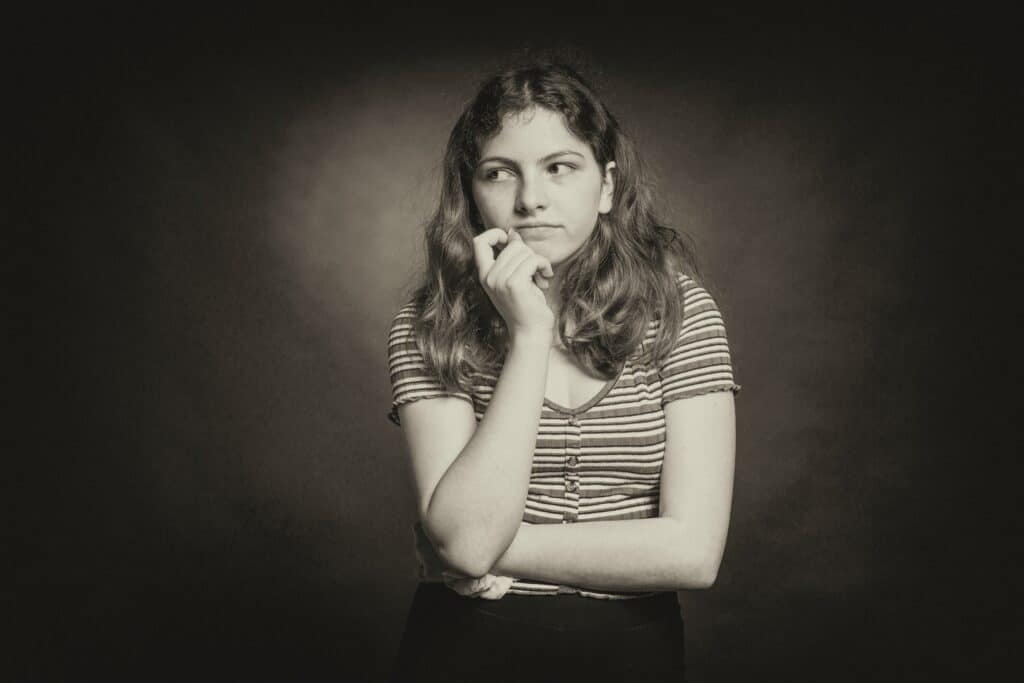 But then just a couple of weeks ago, now that I’m here in San Diego, I still haven’t been asked on a date, and I got onto Facebook dating.

And I’m just talking to people and some of them seem nice. Nothing serious. I haven’t given my phone number to any of them.

Then I had a dream. I’m in this beautiful wedding dress.It’s packed outside and packed inside.

Everybody is there. And I go inside and nobody’s walking me down the aisle. It’s just me.

And people are looking. And then somehow I started dancing down the aisle and just being myself. And I look and I can’t find the groom and I can’t figure out how to get down to where the groom would be at.

Because I’m not doing anything quote unquote bad. And so I’m just trying to figure out what’s going on and so I ended up sending the dreams to my best friend who’s not a dream interpreter, but she has a relationship with the Lord and she also knows me.

And I said, “What are you getting from this?”

And so there was someone that I had met recently and I told God, “Is that something going on with that person?” He said, “No”

And I said, “Okay, well what is going on? Is this about the Facebook dating app?”

And I said, ”Yes? You’re telling me I had these three dreams, three nights in a row because of the Facebook dating app? So you want me to get off of the app?”

And so I deleted the app. Then, I have not had a dream since.

But I don’t understand what is wrong? And what I just realized is that God is so kind. He loves us so much. And he will do whatever He can to protect us, to keep us on track, free of distractions, free of buzzards.

I just have to remind myself about how much I love him, how much he loves me.

And I miss that. I miss the butterflies. I miss all of that.

And that dream is telling me that as much as I want that in my real life, that’s not what I want because it’s gonna distract me.

And so God will talk to you as He talks to me, in our dreams.

In an effort to keep us on track, to convict us and all the things. Like apologizing to a friend, to get off the dating apps, to strategies for my business, to get use TikTok marketing for my business. All this stuff.

He is so intentional with all the stuff. 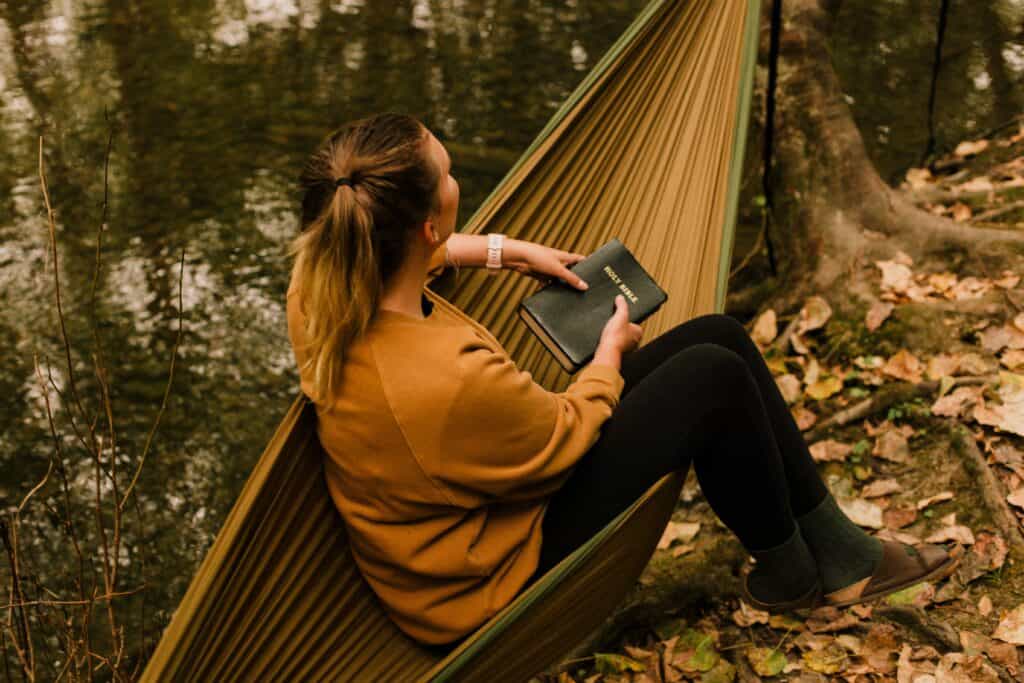 And if we just pause and allow Him to speak to us and allow ourselves to go, “What is it God is saying here? Is he saying something here to me?”

If we will just steward those dreams. And the way to steward a dream is when you wake up and you’re in that bed and you realize you just had a dream. Then you start grabbing your phone or let’s you write down what you just had in your dream. What just happened in your dream.

I have this thing that when I do meet someone and we get to the stage where we’re talking about marriage, then I’ll have this very honest conversation with him.

I’ll say, “Hey, listen, I have this thing where as soon as I wake up in the morning, as soon as I turn off my alarm, before I turn over to kiss you or anything, I am gonna grab from my phone if I had a dream that night. And the whole goal is not to check text messages, social media, it’s for me to capture what I just got in a dream so that I don’t lose it”

Oftentimes when we don’t write down what we just dreamt, as soon as we wake up, we lose it.

And so that’s something I’ll tell him when that time comes because I’m trying to steward the dreams and capture what it is.

And so, that’s just something I wanna talk to a future spouse about.

So I just wanna share with you guys  that it’s really important to pay close attention to your dreams that God is talking about.

And so He’s talking.

And if you’re having dreams, I’m curious, let me know if you’re dreaming and if you are learning to interpret your dreams.

Going on a journey with God can prove to me one of the most amazing experiences of your life, but it can also prove to be a little confusing. I want to walk alongside you and help you to not only fall more in love with Jesus than you are today, but truly discover all that lies within you.

The bible identifies 25 different spiritual gifts that are still in operation today, and it may be surprising to you, but one or some may also lie within YOU!

We have created this simple quiz that is designed to be a guide for you.

I’ll share this with you. Today, your results may say one thing, but in six months as you grow, it may reveal something else.

Take the quiz and be sure to share it with your friends.