Warning dream that could have changed my life

Did you know that God could talk to you in your dreams?

And so in this article, I’m gonna talk to you about a specific warning dream that I got over and over again that I did not know was a warning and how I deal with dreams.

So it’s really important to know that we have 24 hours in a day. We are typically awake 16 hours and we’re supposed to sleep for eight hours. And so that’s basically us sleeping 1/3 of the day and us sleeping ⅓ of our lives.

God is so kind. He is always talking to us.

He always wants to talk to us.

And one of the ways that God communicates is in dreams. And if you look in the Bible, there were people that had dreams. There was, I think Joseph, who was actually interpreting dreams. And Pharaoh had a very powerful dream that needed to be interpreted.

And so dreams are a natural normal thing.

Now, it’s important to know that when you have dreams at night, you get them from three different sources.

One, it could be a soul dream. And a soul dream is basically where it’s you. It’s your soul that is dreaming.

And then a second one is from the devil. The devil can give you demonic dreams.

And then the third, God can give you dreams.

But now it’s really important to note that whether a dream was from God or not, all three of them are actually telling you something.

If you have a soul dream, then what’s happening is that you can see what it is that your soul is thinking or feeling or experiencing, because sometimes we are completely unaware.

And so a dream can tell you that.

While the devil may be invading your dreams, acting a fool. It will also tell you, here’s what the devil is doing. Here’s what he’s trying to do. And it gives you eyes to see and ears to hear.

And then third, when God gives you a dream, He’s trying to tell you something.

But all dreams tell you something if you steward a dream. 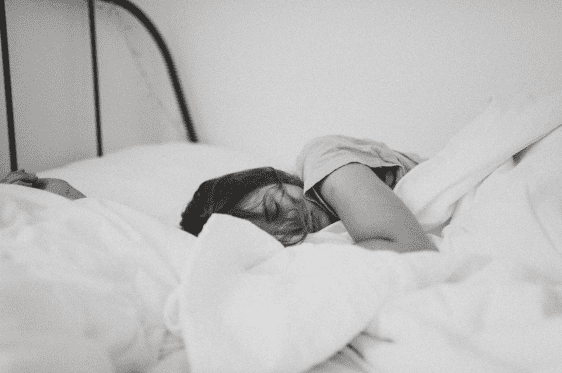 And you actually seek God about the dream.

I didn’t know this was a thing. I didn’t really know that dreaming was a thing for real, for real, until I started having this warning dream that I’m gonna tell you about.

But once I started realizing, “Oh, I dream all the time”

I’m like, “Oh my God. There’s a whole world of things that I didn’t know that existed”

So sometimes when I’m really, really confused and I’m trying to make a decision or whatever is going on. I’ll say, “I’m gonna go to sleep”

But He doesn’t always give me a dream, but sometimes He does.

And I’ll sometimes use my language of dreaming like, “Okay, God, talk to me. Tell me what’s going on. Tell me what it is you want me to know because I’m not getting it in my waking life”

And sometimes it’s immediate, and other times it’ll take a little while. But usually He will tell us something.

Sometimes we feel like, “Well, I had this dream because I had hot sauce, or I watched this movie, or I hang out with this person, or I ate this food”

Listen, no matter what the dream was, you still wanna pay attention to it because it’s still telling you something. 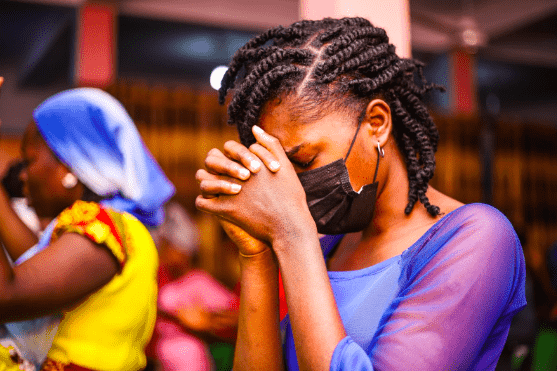 He goes, “Well, she has a really hard time with that, and so I’m inviting you to just pray for her. You could sense it which is why you had that dream”

I did not tell her I had that dream about her. I didn’t text her. I just started praying for her.

But God is so kind to just invite me to pray for my friend who is struggling in that particular area.

So now let’s kind of talk about this warning dream that I got that could have changed my entire life.

So prior to getting with my ex-husband, I had not really had many dreams at all.

The only dream I had ever had was of me preaching at a conference.

It was my conference and thousands of people were there and I was preaching. That’s the only dream I’ve ever had that I can remember.

But after I got kind of serious with my ex-husband. When we were dating, I kept having this dream and it was as if I was like a drone.

It’s like how you can have this aerial view over top and you can see below?

So in this dream, I could see below and I was driving a black SUV, very similar to the SUVs that they drive the president of the United States around.

I’m driving this SUV into a retail lot. And in this retail lot, the car spins out of control. I hit a bunch of cars and the police showed up.

And I keep having this dream over and over again. And I can’t seem to understand what this dream was about.

Full disclosure, at that time, my license was suspended and I was driving on a suspended license. And then I needed to go and get that taken care of.

And so I thought that’s what that dream was about.

So I went and got my license fixed and all the things. But the dream kept coming and I was just like, “I don’t understand what in the world is going on”

And it wasn’t until after I got married, my husband and I were arguing.

I was so miserable. People didn’t know how miserable I was even before I found out he was cheating.

Anyway, one night, I’m standing on the stairs and we’re arguing. And I look down at him and I say, “you’re ruining my life”.

And when I said that,  I got a flash of the dream of my car spinning out of control, and then I could hear, you’re ruining my life.

I realized that I was not supposed to be with him. And so being with him was having a negative impact on my life, which it was in so many different ways.

And “it was too late” because I was already married to him.

But what I realized was that if I had actually steward that dream and asked God about the dream. I may not have gotten married to him.

Now, I can’t say that if I was really farther far along and engaged, that I wouldn’t have married him. But I was getting it pretty early on in our relationship.

I don’t think that I actually would’ve married him if I really understood the depth, and the gravity of that dream of what God was trying to tell me.

I just had no idea.

For years I was really mad at God about it. Because I was just like, “Why would you speak to me in hieroglyphics?  Why would you not just tell me what it is that you’re trying to tell me? Why would you talk to me that way?”

And what that basically means to me is that God will conceal a thing. He’ll tell you something and He invites you to come and be with him. To uncover it. To discover it.

And that’s what happened to me. I didn’t seek Him, so I couldn’t discover it.

And so nowadays when I’m having dreams, I pay very close attention.

So this was kind of funny, I had a dream recently.

Three dreams back to back in three different days. And I just couldn’t figure out what was going on in these dreams. And I sent it to my best friend, who is not a dream interpreter.

And so I went to God and said, “God, are these dreams about distractions?” And He said, “Yes”.

And I’m like, “Who am I thou art the Christ?” And He’s like, “No, the dating apps are not for you. They’re actually gonna hurt you more than they are gonna help you because it’s gonna mess with your self-esteem. And you’re gonna meet these different men who mean you no good”

And I was like, “So you’re telling me I had three dreams back to back to back because you didn’t want me on the dating app?”

So I deleted the app and I realized, God is so kind, to keep me from hurting myself, from being with the wrong people or messing up.

I’m not a perfect Christian by any means.

Nowadays, if I’m having dreams, I’m like, “Okay, something is going on here” And I write it down.

Typically what happens to me is when I wake up in the morning, I’m like, “Oh, I had a dream”

And what I learned over the years is that if I don’t write that dream down immediately, I forget it.

So now when I wake up and realize I had a dream, I grab my phone, go into the notes tab, and I speak into my notes so I can capture it.

And then when I go have my quiet time and I’m journaling, then I’ll write down the dream. 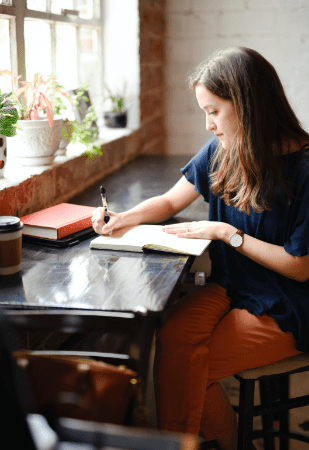 So I have this thing, I say, “Okay, what I am going to do is before I get married, I’m gonna tell this guy. Hey, there’s this thing that I do.I dream a lot at night, and when I have a dream and I wake up in the morning, the first thing I have to do is write it down. So if you see me wake up in the morning and grab my phone and you see me speaking into my phone, I’m trying to get this dream out so I don’t forget it”

And I believe that the man that I’m gonna marry, he will appreciate that. Hands down.

And so dreams for me have increased because I feel like I take them seriously.

I “steward those dreams”

And so if you are someone and you’re saying to yourself, “I dream at night, or I dream sometimes, but how do I learn how to interpret dreams?”

Well, the way that I learned how to interpret dreams was I went to a dream school at a church. It was like a biblical dream interpretation.

But also I went onto YouTube and I watched all of John Paul Jackson’s videos. The show was called Dreams and Mysteries.

Life-changing when you listen to watch his show.

And I bought a bunch of DVDs and a bunch of CDs from John Paul Jackson, and it changed my life to where, how I look at dreams nowadays and how I can interpret my own dreams.

And sometimes when people tell me their dreams, I can ask more questions then help them to uncover, “Hey, this is what your dream is saying this and this is what’s going on in your life”

I’m able to help them with that.

If you really wanna start stewarding these dreams, one, you gotta start writing them down.

And then number two, you gotta learn how to interpret dreams.

You can’t just go on Google and type in black cat or whatever. You gotta really start coming to understand the wholeness of the dream.

And not just one item in the dream. Alright?

So I hope you enjoyed this article and be sure to watch out for the articles from You, Me and Jesus.

In addition, are you a business owner and need Holy Spirit led guidance?

Want to know what God wants you to focus on in your life or business this year? Then a Creative Consult is for you.