I’ve attended hundreds of conferences over the years as an entrepreneur, but this one will absolutely go down in the books for so many reasons. Now I’ll admit I am a little biased because I was this years Emcee, but besides that, it blew me away.

Lemme give you my 5 highlights of the event: 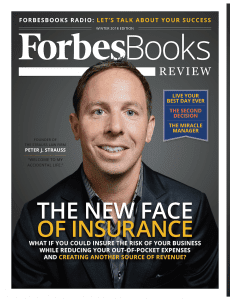 Peter isn’t my real uncle but after listening to him on Mastermind Day and Day 1 of the conference he has officially been invited to the “family Barbecue.” Peter was incredible knowledgable about his craft, but his heart for people totally mesmerized me. Peter reminded me that you’re not a success until the people around you feel and know their own worth as a result of being lead by you. He shared a story with us regarding giving some of his employees Louis Vuitton bags, and although I’m not into Louis, it told me that he not only paid attention to them, but didn’t judge them for what they liked vs what he liked. Peter seems to be the type of CEO/Boss that we all wish that we had and would love to become some day.

He also had me with his love for Biggie Smalls and this “gang sign” hands gestures when he spoke about him. I should probably call him Petee Pablo in private, but Mr. Strauss in public. LOL (Private meaning when he is not around) LOL 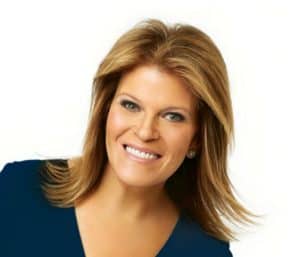 I have a bad habit with giving everyone nicknames, and after listening to Tory on Mastermind day, I literally named her Auntie Tory. Tory was absolutely REAL! I think because of her “celebrity status” I expected her to be how those in media appear on television, but Tory was EVERYTHING!!!!!!!!!!!!!!!

Tory spent time being open and honest with us regarding what it takes to truly gain media attention and the fact that it isn’t always about getting on the major networks first, but being an expert where we locally live that can then turn into something on a national scale.

At one point Aprille asked if we had any questions and I’ll be honest. I said… ain’t no freshman taking my spot.

Meaning – Im getting up not now but RAT NOW!!! I was able to speak with Tory concerning my question, “What is the media looking for right now?” Not only did she give me some great pointers, but she challenged me to go back to my audience and ask THEM what networks they see me on. 95% of them said The Own Network, of which I could definitely see.

I’m working on some stuff now and will be contacting Auntie Tory very soon. Now I won’t be calling her Auntie, it’ll be Mrs. Johnson or Tory, but behind her back… thats my Auntie! LOL 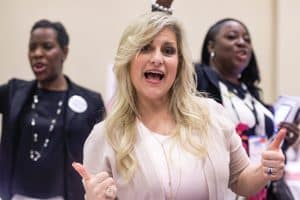 So as the emcee my job was to not only introduce the speakers, but keep the audience engaged and enjoying the event. Right after lunch, Aprille had not made it back into the room and the Dj was starting to get out of hand (in a good way).

Now, most people are being introduced to this side of me, but I LOVE music and I LOVE to dance. If you put a mic in my hand with a crowd of people, its a wrap. The ladies started dancing, and singing and the last thing I knew we were rapping some song and I see Noah St. John walked into the room with a “pimp limp” as if his name was Tupac Shakur. I completely lost it at that moment. Then Hannah from Design Pickle steps in, in the pickle costume dancing!! 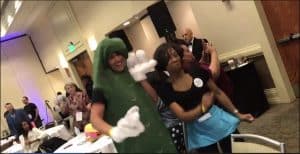 I knew we had about 10 more minutes before Aprille would get us back on track, but I have NEVER seen so many people in business suits having so much fun at such a high level business conference. I honestly didn’t wanna come home… well sorta. LOL 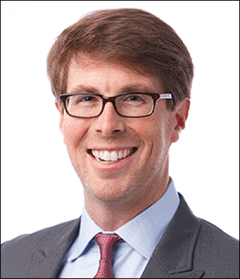 When I tell you that “witty” is the perfect name for Adam I absolutely mean it. Standing a good 8ft tall, I wasn’t sure what to expect from Adam, but he sure did captivate my attention and the attention of our entire audience. He spent his time teaching us all about Authority Marketing and gave each of us a copy of his new book. He broke down the different ways we could position ourselves as an authority through Book Writing, Public Speaking, Blogging, Social Media and more.

He got me at one point when he explains that if you speak on a stage with someone of power, make sure you take a photo with them and use positioning. “I spoke on stage with……Oprah Winfrey, or whomever was on your stage. 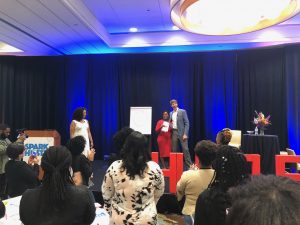 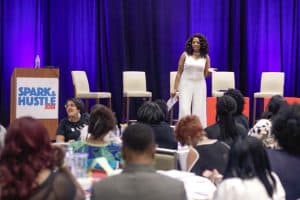 Where do I begin with Aprille…. she never ceases to amaze me. Last year I was on her social media team for the Epic Conference was was able to watch a few things behind the scenes but this year as Emcee I was able to see so much more.

LISTEN!!!!!! In past years I have been behind the scenes of many events with thousands of people and have seen people turn on and off when the cameras were rolling.

When I say that Aprille is the same person on and off the stage I MEAN IT! Aprille is unapologetic about who she is, who she serves, how and why she does what she does. You never have to guess with her…. she’s already told you.

The day of the event I was SUPER nervous about being the Emcee. I arrived about 45 minutes before the doors opened and received a call to visit with her. I was so scared of what she was going to say, how she was going to say it and if I would be able to recover from it…

CHILE LISTEN!! Aprille was exactly the same as she is online, just gave me great pointers on things to cover, encouraged me and told me to go be great. I couldn’t believe how relieved I felt when I left  her room. I was amazed.

Now during the event, Aprille OVER DELIVERED times over with every detail of her event. From the way she shouted us all out as sponsors, the things her sponsors were saying about how they were shocked at the level of commitment she had to their business success at her event, to all the stories of how Aprille has been there for so many of her attendees.

I said… Aprille know she is the next Billy Graham over here.. she playing!! LOL

SN: Aprille if you are reading this I can PREACH…. THIS MY STAGE (BLOG) LOL

I mean I was just in awe of the level of leadership she exuded with her team, the level of high quality speakers that graced the stage and then all of the testimonials from her clients. You could tell that the speakers weren’t necessarily coached on what to say, but they spoke from their hearts.

Heck – I have worked with her for MONTHS and I have seen her level of coaching, service and dedication to my success, it just blew me away yet again being at the conference.

Aprille really is the real MVP.

BONUS: ME AS THE EMCEE 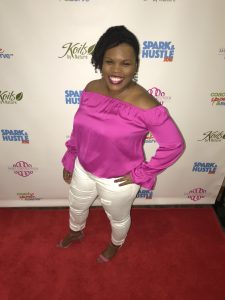 You know I wasn’t gonna write this blog without tooting my own horn! HELLO!!

My absolute favorite part was ME!!!!!!! No I’m not prideful, but I am super proud of myself, for many reasons.

Main reason is because last  year during Epic I was battling with depression and was having a hard time coming out of my shell allowing myself to interact with people. This year… HONEY I was all over the place.

From the stage selfie 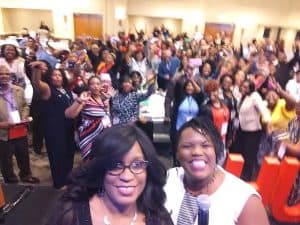 Nothing feels better than being accepted as you are, allowing your gifts to be used and making a difference all at the same time. It was so refreshing hearing from folks that met me last year to the new attendees that appreciated me as is.

Shameless Plug: If you’re hosting an event are in need of a dynamic Emcee or Speaker…. I’m your girl.

So Spark and Hustle 2018 is officially a wrap and we are preparing for next year in LAS VEGAS, NEVADA!!! THAT is going to be interesting at night…..

Sticking my name in the hat for Emcee again…. cough cough, Aprille incase you are reading this. I’m available.