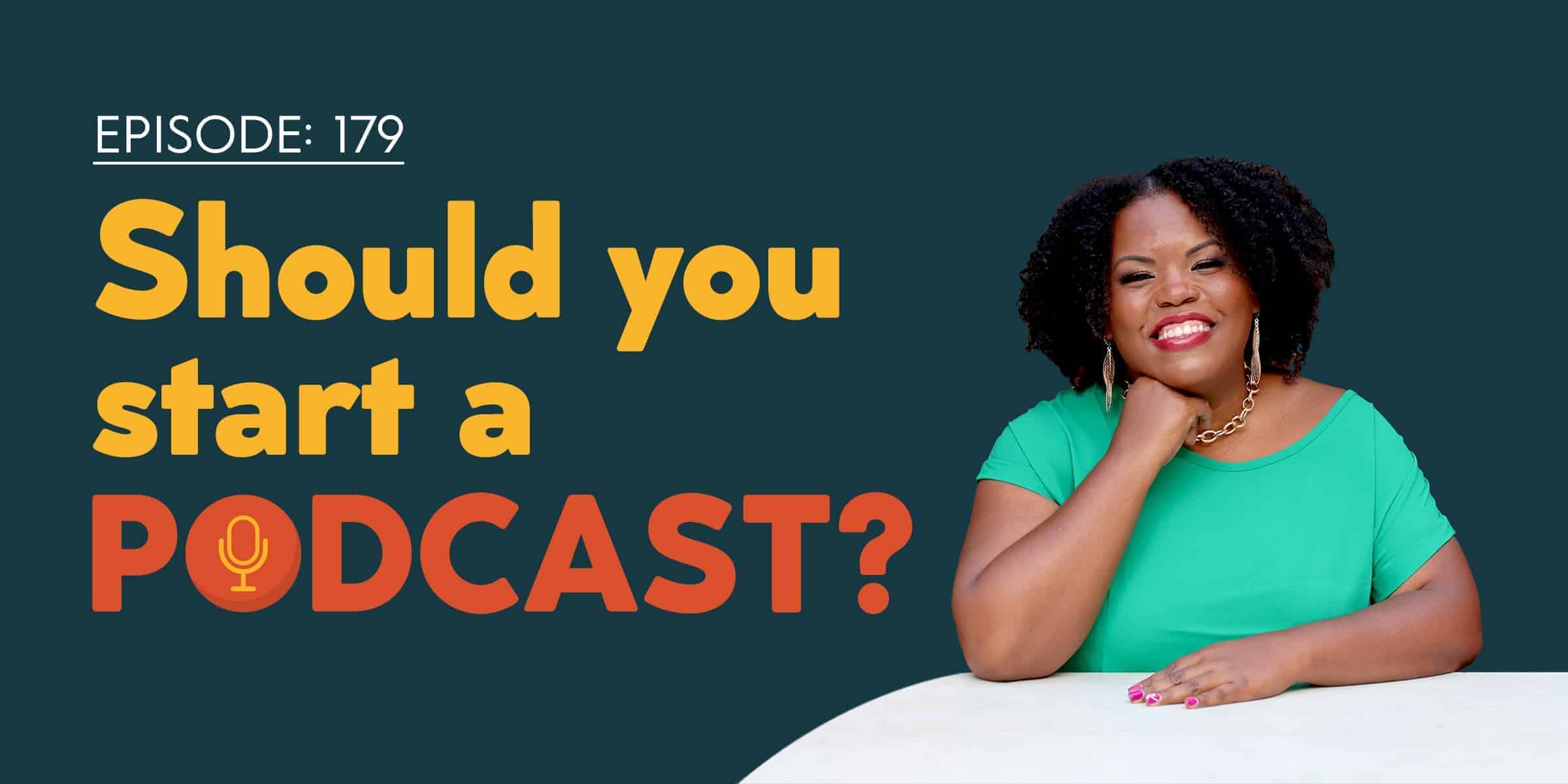 Podcasting is kind of fun to be honest with you!

I say that podcasts are fun because, from a typical standpoint, when someone launches a podcast, it is usually just an audio podcast.

One of the things that I have loved about having a podcast all these years is that people just get to listen to my voice. And I don’t have to show up on video.

So if I look completely homeless, like I just got out of a trash can with the cookie monster, you guys would not know about that from the sound of my voice.

Now that we have a video podcast on YouTube, things are very different.

And when I think about if you should start a podcast, I would say absolutely!

I have a couple of reasons why I feel like that you should.

But first of all, I just want to say thank you so much for listening and watching my podcast because there are so many people that you could listen to.

And every single time somebody sends me a message and says, “Keenya, I like your podcast” or “I listened to your podcasts”

I don’t know, it just does something to me!

I love it when people enjoy my content on TikTok or when they find my courses and live classes helpful. It makes me feel good knowing that I’m helping others in some way. 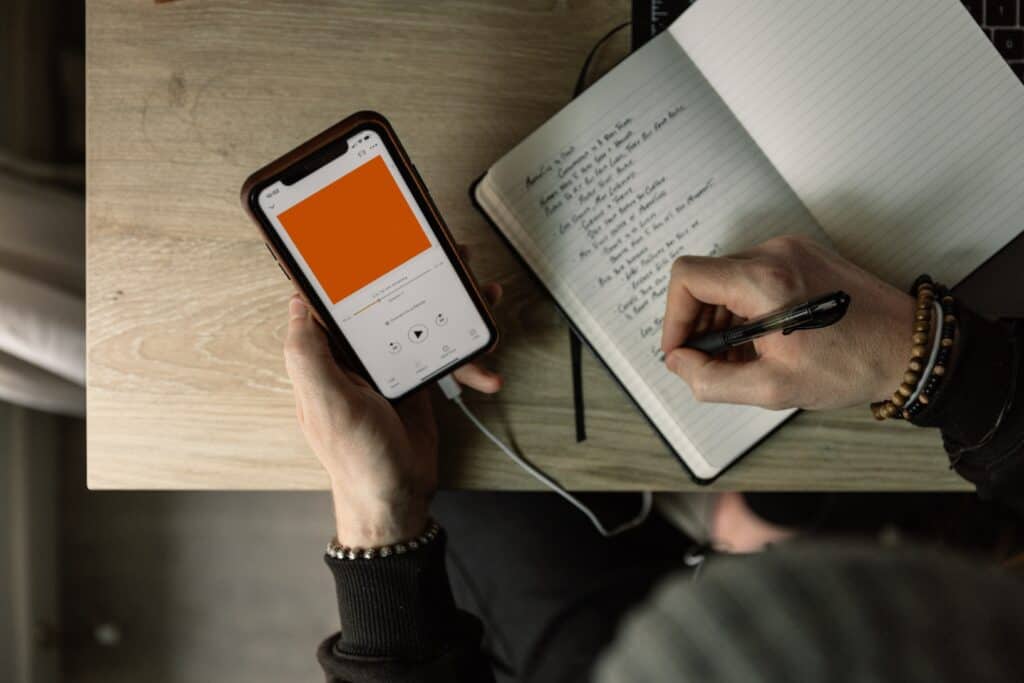 But there’s something about someone who listens to my podcast because it’s like something that I didn’t feel competent in doing when I started it.

I used to hate the sound of my voice, I felt like I sounded like Kermit the Frog.

And so when a person chooses to play me. When they’re playing me in their car, at the gym, or whatever. It’s really humbling.

I’m so grateful to those who are always listening and watching. Thank you for being there with me.

It means a lot to me!

But as it pertains to you starting a podcast, yes, I think you should. But it also depends on where you are in your business and in your ability to be consistent because that’s important.

A couple of things when I think about Podcasts. One, I see it as an opportunity to get out whatever you’re thinking.

Now, you don’t want to have a podcast where you’re just talking about anything random; you want to have a genre and be clear about who you are and what people can expect when they come to your podcast.

And so, once you choose whatever that is, now you get an opportunity to talk about however you see things like people are listening to you uninterrupted.

I am thinking about some of the podcasts that I know of, and I am aware that there are two people on Netflix who have podcasts called “We Have the Receipts.”

These are people who review Netflix shows and enjoy reality television programming and other content available on the streaming service.

One of them is Lauren Speed Hamilton, who appeared on an episode of the dating show Love Is Blind.

When I think about them in their podcasts, she always wanted to be a podcaster. And now, she has this huge opportunity to watch reality TV and talk about it.

And so when I think about myself, I love business. I love marketing. I love empowering people and encouraging people.

Every single week, I get to have a topic where I can do all of them. I can talk about myself, how I think, how I do what I do.

I can talk about the things I’ve gone through, what I’m learning and what I’m going through. And I could also talk about business and other things.

But from a business standpoint, it’s an opportunity to reach a whole different group of people in a different way. 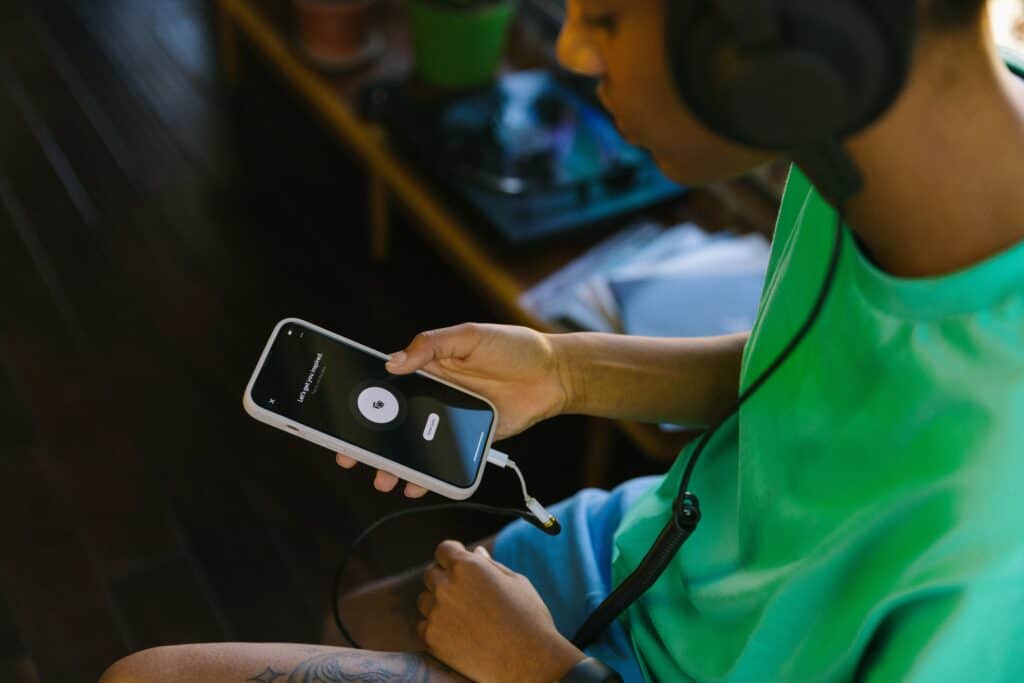 If you’re on social media, then you’re scrolling through and constantly seeing different people’s messages.

But when someone is dialed into your podcasts, they are not listening to multiple people at the same time.

They’re focused on one person and their message, and they can either be really into them or decide that they’re not interested.

While not everyone may be interested in what you have to say, there will always be those that are Subscribing to your content and ensuring that they never miss a thing.

And so you have this opportunity to empower or encourage or uplift or teach or whatever it is you do to a person and potentially to a group of people in a car.

I know people like Amy Porterfield who have built successful businesses from podcasting.

I know she does video marketing now, but for a long time, it was just her and her podcasts.

You don’t need much to get started podcasting – just a microphone. You’ll only need a microphone, which can be plugged into your computer.

When I first got started on podcasting, I used a software called Audacity because somebody taught me how to use it.

And then my Mac and Audacity were no longer compatible. So I had to learn via YouTube how to use the app GarageBand that was already on my Mac, which was so hard to figure out how to use it.

But once I figured it out, I got it.

And so I didn’t have to buy a new piece of software, because it was already on my computer. Even though I wasn’t very good at it, I was still able to use it for what I needed.

Now we have a Podcast Producer, but for the longest time, it was just me putting the intro and outro on the episode, and then uploading it to Libsyn.

We now use Buzzsprout. And I have used the ATR 2100 microphone for like forever.

I think that the reason our podcast was so successful is that it was relatable. We didn’t have great production value, like many other podcasts out there. We just had a decent microphone and software.

If you’re thinking about launching a podcast, it’s really important to understand that you’ll have to promote it.

You’ll have to tell people on your email list, on social media, and everywhere else that you have a podcast. You can’t just expect that everyone will find your podcast because you launched it. Everything we do has to be promoted.

You need to be intentional in your effort to get people to find and listen to your podcast each week.

You will need to be consistent with your content and release new episodes regularly if you want people to keep coming back.

I have liked people who have failed with their podcasts, and it has just fallen off. I know how it feels when people just stop abruptly, especially when something important happens to them. I went dark for a while when my grandmother passed away.

But then I picked myself back up again. I have a ministry podcast called the You, Me and Jesus podcast.

I’ve had some experiences where I haven’t been consistent with my podcast and I’ve told my listeners that I’m sorry. I realized that if I’m not being loyal to the podcast then my listeners can’t be expected to be loyal either.

If you’re going to launch a podcast, make sure you learn about podcasting.

Learn some of the skills necessary for creating and editing podcasts if you’re not gonna hire somebody to produce it for you.

Learn ways to talk to your audience when you’re there. Because the last thing they want is that you’re bouncing around from this to there.

Learning how to be concise and focus on your topic while still providing your audience with what they need is essential in keeping people engaged.

If you’re going to start a podcast, make sure you decide what your rhythm is going to be, whether that’s once a week or a couple times a week.

Also, determine what your podcast will be about. For example, mine is called the Keenya Kelly Podcast, and for the most part it’s all about Keenya Kelly and it also covers all things related to business and marketing.

I remember one of the first tips somebody gave me when I started my podcast was to release my first five episodes all at once.

They said that recording and then releasing five episodes right away would help get more listeners. I thought it was a great idea, so I did it.

We had quite a few people download and listen to all five episodes, and they enjoyed it. They wrote reviews on iTunes, which was awesome.

This really helped me in terms of becoming more confident and competent so that people would actually want to listen to what I had to say.

I would encourage you to look into some kind of podcasting course – Pat Flynn’s ‘Power Up Podcasting’ is a great place to start. His brand, ‘Smart Passive Income’, is also a great resource for learning more about podcasting.

You can tell him that I sent you to get the power of podcasting course.

But you actually need a plan. 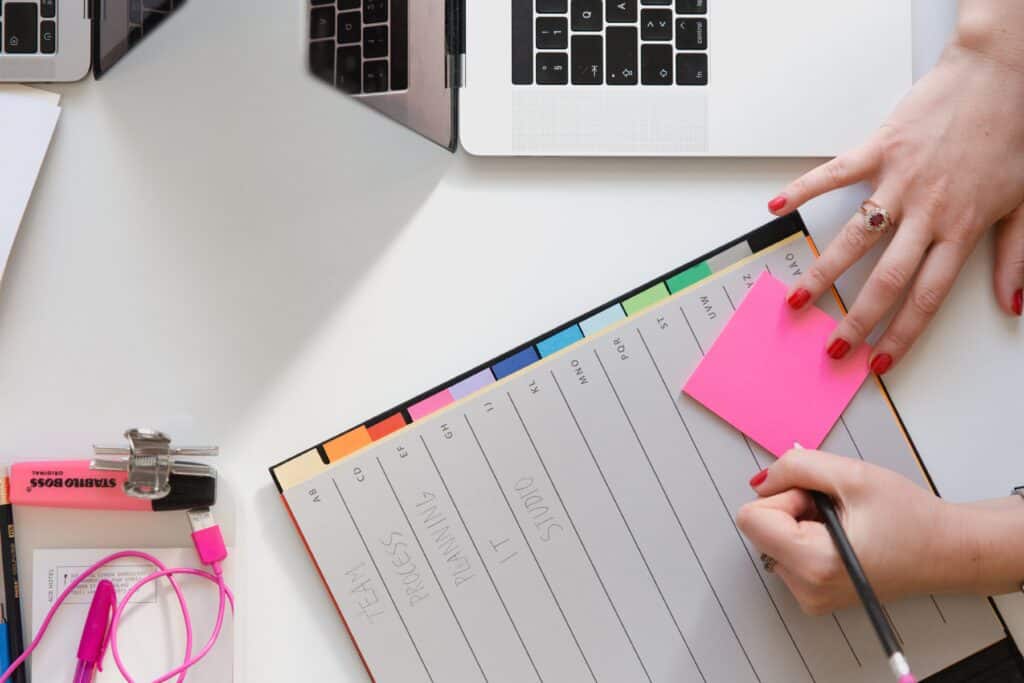 And that’s what I would say if you are thinking about launching a podcast in 2023, I encourage you to do it.

I think it would be a good idea for you to get a microphone and learn how to produce and host your own podcast on your computer. Alternatively, you could hire someone to do it for you.

There are plenty of freelancers on Upwork who could do the basics for you if you don’t want to do it yourself.

If you do decide to start a podcast, please let me know by sending me a DM on Instagram.

I’m really excited to hear about your new podcast! Once you have it launched, please DM me your first episode on Instagram and I’ll be sure to listen.

I’m really looking forward to hearing about it!

In addition, if you’re ready to market your business on the TikTok platform, but need some guidance on how to do it, be sure to check our Create on TikTok course HERE.

In Create On TikTok, you will learn all of the basics when it comes to not only navigating the TikTok platform, but being able to create content that reaches your target audience. Click here to learn more about this course.