EP: 180 New Years Resolutions: Should you have them?

I don’t know why New Year’s resolutions have such a bad reputation.

Why do people hate New Year’s resolutions? When did we become a hater of people that are choosing to try to do something new at the beginning of the year?

I absolutely love New Year’s resolutions. I make them every single year.

I can’t say that I fulfill them all, but at least we can come up with some ideas of what we would like to do better.

Because if push comes to shove and we have 10 things on our list and we accomplish one, then guess what? We accomplished one thing this year that we didn’t last year.

In this article, we’re talking about New Year’s resolutions.

So before we say New Year’s resolution, let’s just talk about goal setting.

How many of us have goals?

Your goals can be “I want to go to France, I wanna go to Spain, I want to get married, I want to have children” and other goals.

When I look at goals, I look at them as sorta kind of New Year’s resolutions.

And so your goal in life may not be, “I want to stop smoking” but that could be a New Year’s resolution.

But if we didn’t put the stigma on New Year’s resolutions as this thing we’re gonna quote unquote stop doing, and set it as a goal of, “Hey, to better my health, I am going to stop smoking”

Then I don’t think that we would look at New Year’s resolutions the way that we do.

I’m a really big fan of New Year’s resolutions for a couple of reasons.

One, I have heard for years people talking about those that go to the gym.

You have your favorite gym machine. You have it available every single morning at eight o’clock, seven o’clock, whatever time it is.

And then at the beginning of the year, all these people join the gym, and then now your treadmill is taken up.

Now you’ve got all these people in there doing stuff at this time of the morning that normally nobody is there. And so you’re annoyed.

Well, I look at it a little bit differently.

As much as it may be an inconvenience for me and my favorite treadmill. If I look at it from a human standpoint, I am more happy that this person is there taking care of themselves. 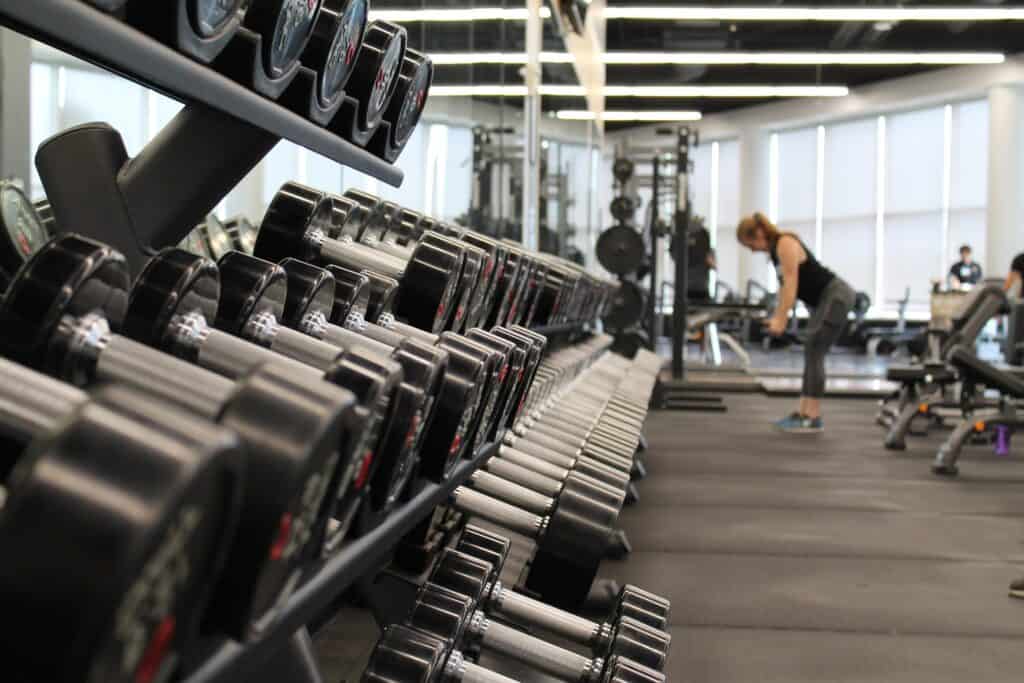 I’m more like, “Glad that this person is here taking care of themselves”

Because I’m like, you know, if he or she works out, then they could lose weight, tone up or whatever that is causing them to want to be in the gym.

When someone says, I’m gonna stop smoking this year, I would wanna encourage them to stop smoking because I know what smoking can cause. I know what it has done to a lot of members of my family that are smokers.

And the doctors could not figure out how to help her.

And she heard God tell her to go vegan, and she went vegan. Then a few months later she came completely out of postpartum depression and went back to work.

Her husband is making more money than they ever made. They just bought a house.

All this stuff as a result of. It wasn’t even a goal, but it was like she was just trying to better herself.

So I love New Year’s resolutions.

I love it. I really do. Even if it is an inconvenience to me.

One of my goals has always been to learn how to swim.

And I said that for years, “I’m gonna learn how to swim this year”

I said it for years and years. And it wasn’t until the beginning of 2020 or at the end of 2019, that I had started swimming lessons.

And I started learning how to swim and then covid hit and I had to stop.

So then once I got down here to San Diego, I decided I’m gonna find a swim instructor to come to my house to teach me how to swim.

It took me a year to do it, but guess what? I’ve had six swim lessons and I am now in the water swimming by myself.

I wouldn’t be in that place had I not set this goal or this quote unquote, New Year’s resolution.

You don’t know this. But last year I went to Mexico for three weeks and I did not get in the water.

I was too afraid of getting in the water.

But I don’t feel that anxiety or that fear of getting in the water anymore because I had this goal.

I had this resolution, and even though it took me a couple years to do it, now, I have officially done it.

In addition, it has always been a goal of mine to learn how to dress, how to coordinate and put these things together and all that type of stuff.

I just don’t know what I’m doing. And this year I decided, “Okay, I’m gonna just start ordering things off of Amazon, off of Fashion Nova, off of these different shops. And just start trying to put things together”

And as a result of me trying to put things together, now, things are slowly coming together.

And so if you are someone and you are considering setting New Year’s resolutions, here’s what I would say to you.

First of all, I would say do it.

Now, I also want you to make a realistic list. Because I really want you to get some wins.

So if you say, “I’m gonna stop smoking”

Then why don’t you make your goal? You can say “I’m gonna stop smoking six cigarettes a day, and I’m gonna take it down to three” until such time you only smoke two, one or completely not smoking anymore. And it doesn’t feel weird anymore.

Because sometimes we just try to do too much or too fast.

So I remember a year ago, I had been on this journey that I really wanna lose weight.

And I said, “Okay, once I lose my first five pounds, I’m gonna buy myself a gift. Buy myself a necklace”

And so I focused and I lost seven pounds.

So I went and bought myself this beautiful Tiffany’s necklace that I wanted and it was great.

And I haven’t gotten there yet, because I had lots of different setbacks and it’s okay.

But I started with going, “Okay, if I start with five, five is easier for me to do than 50”

In that way it’s not like I’m trying to do too much at one time because it just feels unattainable.

Instead of trying to go after the 50 pounds and you look up at some point in time that you only lost 30 and you beat yourself up. But you fail to realize that you lost 30 pounds.

So that’s what I wanna say about New Year’s resolutions.

I absolutely adore them. I think they are worth the investment of time and energy 100000%.

And it’s really important to know this, that if you are around people who don’t believe in New Year’s resolutions or aren’t encouraging you to set New Year’s Resolutions.

I’m not saying to get away from them completely, but I am saying that you’re gonna have to surround yourself with people that believe in what it is you’re doing. 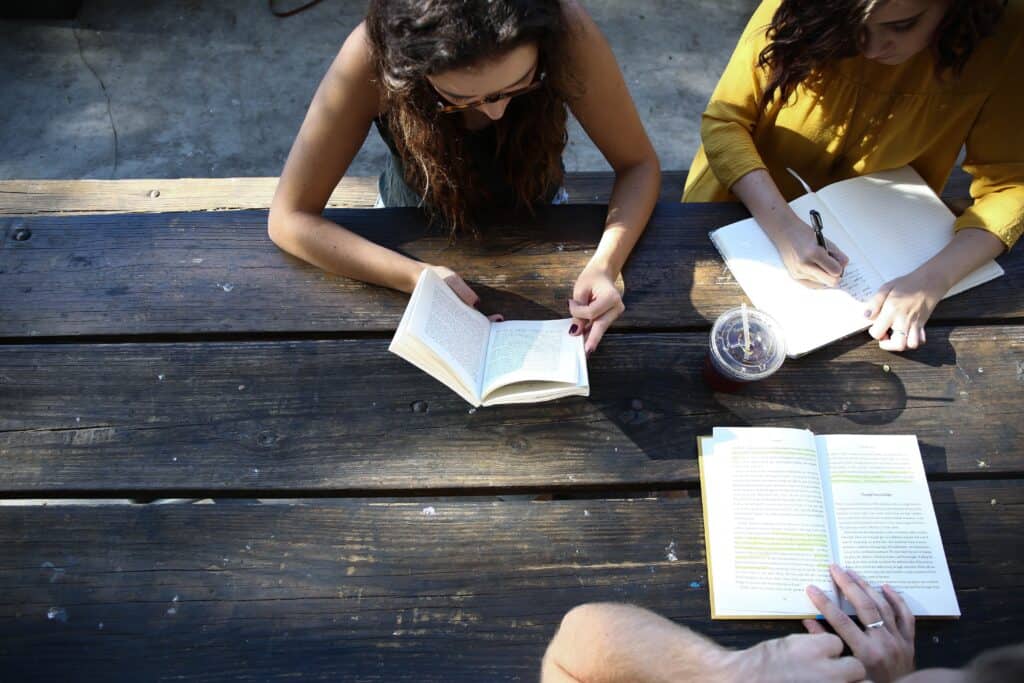 That will encourage you, that will motivate you, and that will support you. Otherwise, if you continue to stay around people that are not setting goals for themselves then they’re gonna be trying to tempt you.

If you’re trying to get rid of carbs, they will try to tempt you with carbs.

Whereas someone who is really trying to help you with your goals, like your weight loss goals, they’re going to be supportive of you and not offer you carbs.

And sometimes they may not even order carbs around you because they love you so much that they don’t wanna tempt you.

You may start creating your goals for different areas of your life, and one of your goals could be for your business to grow.

And so, if you are ready to use TikTok for your business, but need some guidance on getting started? Be sure to grab your FREE TikTok Video Idea Templates HERE so you don’t need to reinvent the Tok!