How to go viral on Tiktok

Going viral on Tiktok is something everybody wants to experience.

We’ve heard about what happens to people, their lives, and their businesses once they go viral on Tiktok.

I was one of those people who wanted to experience it and it happened to me.

Today I want to give you a couple of tips on some ways you can go viral on Tiktok.

But I will say that going viral is not a business strategy. But let’s talk about some tips for how to go viral on Tiktok.

There are so many different things you can do to go viral hands down all day, every day. But these are the six that I wrote down that I want to talk about to you today. They’re not in any particular order, but they’re just how I wrote them down.

Okay, now I remember my first viral video was I did a duet to a video that I didn’t even know that the person was viral at the time.

I just saw a video and I thought it was funny. And I did a duet to it.

And my video ends up going super viral, like 1 million views. And I was just like, wow, what is going on?

And that’s actually not one of my tips today. But that was the first thing that happened to me when I did a duet.

6 Tips on How to Go Viral on Tiktok

1. So the other way that you can go viral on Tiktok is, if you choose a side, choosing a side means that everybody has strong opinions about something, I have a very strong opinion about my religion, I love me some Jesus. And so I would not do this, I can create a video on Tiktok. 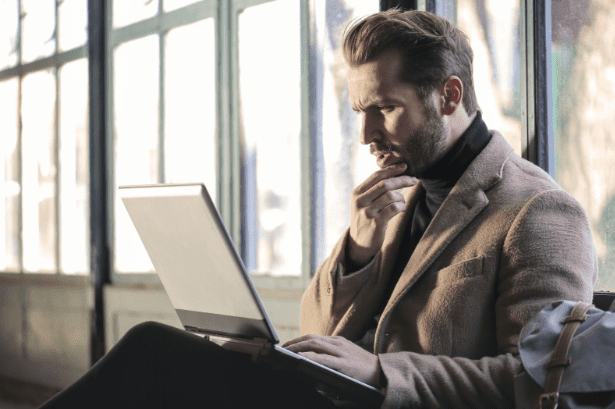 And I could say Jesus is the only way to heaven. Now because I am a Christian. That is what my beliefs are and the Bible.

And so it’s not that I’m trying to pick a fight with anybody. But that’s just something that I believe because I am a Christian, right, and someone who is not a Christian will have a very different opinion.

And so one way to go viral is to choose a hard side.

But as long as people aren’t doing anything insane, I will let them talk.

But in those times when I chose the side, I let people do whatever they’re gonna do in the comments, as long as they weren’t hurting anybody.

Okay, I had a student of ours. I told her to decide. She’s someone who reads labels of food and she exposes ingredients in foods. I told her to choose a side. She chose a side and the video went viral and she gained 80,000 new followers in three days.

Yup, you heard that right. 80,000 followers in three days, it was on brand for her, to her target audience but she literally dealt with people that agree with her and those that disagree.

2. The second way to go viral on TikTok is an unexpected ending. 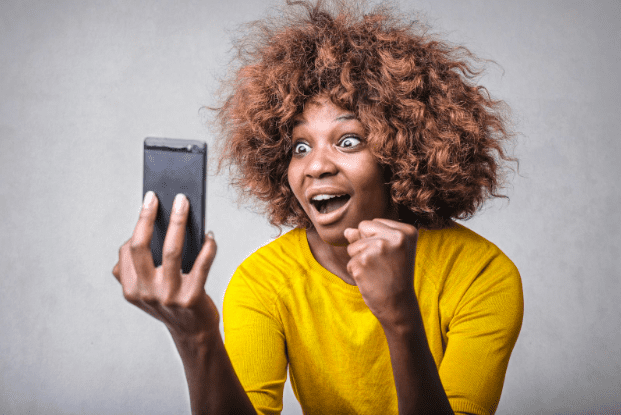 All of us at some point in time have been watching a video and you’re watching it and you know something’s going on, right? Something is going to go down and you’re just like waiting for it.

Or you’re watching the video. And there’s text on screen and says, wait for it. And you’re like, Oh God, what is going to happen?

And so when the ending happens, if it’s more unexpected than what they thought, more than likely a person will end up watching that video again.

They’ll comment, they’ll engage and they will end up probably sharing it with a friend.

I watched a video, I think it was two years ago of a young lady who had like a video of herself and she had text on screen, she said “I got a text on my little brother and he asked me if I could take down the TV and I asked him why”

And then the video changes to her little brother who’s got to be like eight or nine years old with his little class, they’re in line to walk to get to class.

And he has like his costume on and it’s as if he’s Mario brothers and his costume is in the shape of a game control for like a Nintendo. And it was playing Super Mario Brothers on the TV.

It was the greatest video that was super viral every Halloween.

This video pops back up and right now as I’m recording this Halloween is about a month away this video popped up again because of the unexpected ending.

We have all seen somebody fall, somebody fight, some cat or dog do something crazy.

I think one of my absolute favorite TikTok videos is of this dog and he’s on the couch with his owner, the guys watching TV and there’s the sound. As I think about it again. I can’t lose it. And this sound says, I was in the third grade and people treated me like a criminal because it killed somebody.

3. Anyway, the third way that you could go viral on Tiktok is starting a trend. 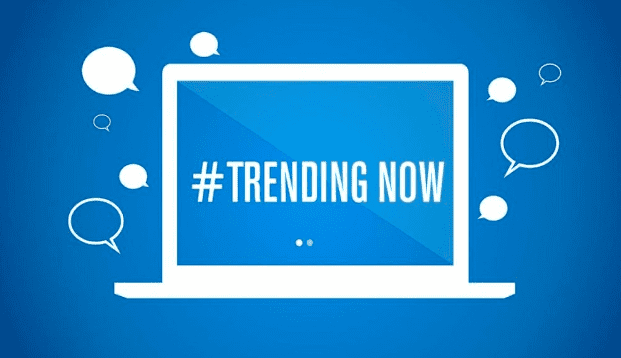 Okay, now you can’t make a trend but you can do something that is part of the culture of the TikTok platform that people typically will jump on, right?

So like, I know a guy, he’s brand new to TikTok and he started by just saying these things on TikTok. These sounds, like the sound bites in his sound.

And one of them went viral.

So then he started intentionally creating more sounds.

They could do certain scenarios before he would post them and then all of his sounds go viral on a regular basis.

And then sometimes you can actually just do something intentionally or unintentionally and it starts a trend.

Okay, that could look like starting a dance trend, a sound trend, a transition or whatever, but definitely starting a trend. 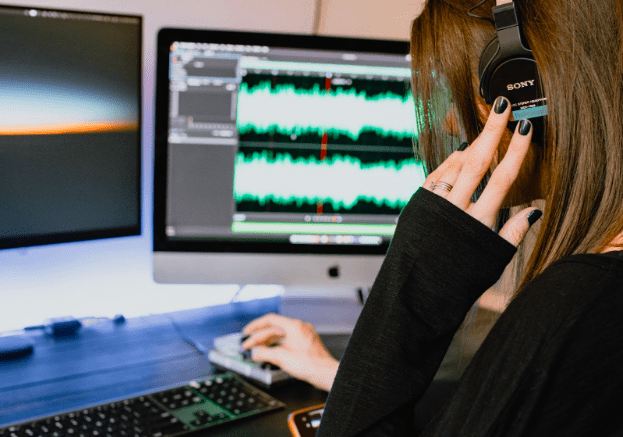 Because if people are gonna memorize that thing and be able to say it on screen.

Now, don’t get me wrong, there are some sounds are taken out that are super long and people know those sounds like if you are a TikTok OG, you know, this is for Rachel, you big fat white, something nasty…. Viral sound.

Everybody knew that phrase.

And I was so impressed by the amount of people that knew that thing right off the bat.

I’m impressed by how much I know with that audio. 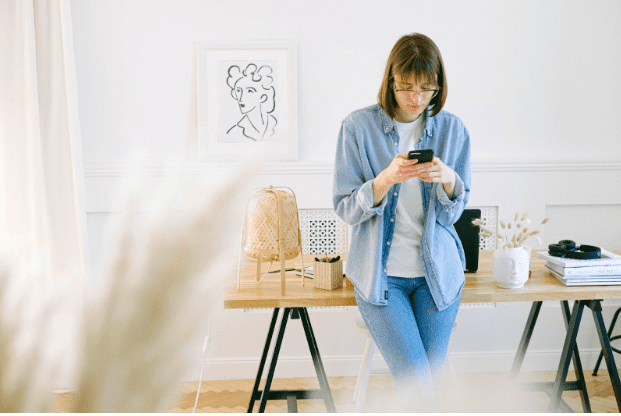 Watchtime is extremely important on TikTok in general, but it’s also very important for virality.

And then they have to start sharing that video with their friends.

Because the reason something goes viral is because people keep watching it. And they keep sharing it.

I’m saying if you’re trying to create a piece of content for the sake of going viral, you have to be intentional with the beginning, middle and the end.

Unless it’s something crazy.

You know what I mean? So something like that has a lot of viral potential.

But if you don’t have stuff like that, and which I hope that most people never deal with something like that, then you have to be very intentional with your watch time.

6. You want to give people what they want immediately. 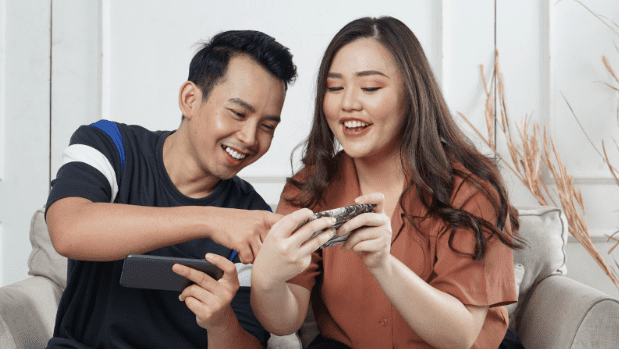 That means the moment that they start watching this video, you want to get them in, right? You want to draw them in.

So there’s this young lady on Tiktok right now whom I just happened to see her on the for you feed.

And she was talking about how she was on this dating app, and she met this guy and he’s like wining and dining her.

She’s so dramatic with it.

She’s so hyped. She’s cute. You know, she’s just having a good time talking and her videos are like three minutes long and they’re not going viral per se but they’re drawing you in.

You want to know more and more..

There have been videos just like that but shorter that go viral because they’re shorter and they draw you in.

But in the beginning, you’re giving people what they want in terms of what you’re giving them, like, here’s what you can expect. It’s about to go down.

That’s why you guys will see some of those videos that say a racist Karen gets arrested, racist Karen cries again, or whatever.

Because now you know, you’re going to see in the end that Karen is going to have a moment and it’s going down with Karen.

Or why you will see some of those videos and they have like the clickbait titles and it’s just like she told him.  It is, like Tristan cheats on Chloe again, or whatever the phrase is, we know that he did, but they give it to you in the beginning, right?

And then you end up watching the rest of the video to get all the details of what happened.

And so when you give people what they want in the beginning, it really sets them up for what they can expect in this video.

And then they watch it now. People don’t always watch it, but these are tips that can help you if you’re trying to get your videos to go viral.

So if you use any of these tips and you go viral on Tiktok then I want you to come back and send me a DM on Instagram @keenyakelly and show me the video you go viral on because I know they work but I want to see them work in action.

And if you’re ready to use TikTok for your business, but need some guidance on getting started, be sure to grab the Tiktok Marketing Bundle HERE!